I have so much to talk about here and I am behind on posting pictures. Lamb 1 got his Arrow of Light at Cub Scouts; Lamb 1 and 2 attended Stonesetters at the State Capitol; our PE co-op did Crossfit this month; and I'm still not done posting Christmas photos yet. I had planned to do a little shopping this morning and try to get caught up on blogging today before we begin a new month.

Those plans didn't happen because this morning I had to help the church treasurer figure out Ram's paycheck because the paycheck company didn't do his deductions properly. I wasn't too worried the first paycheck of this month, figured it would get straightened out by the second paycheck. I was very concerned when it wasn't right by the second paycheck. I think we have it straightened out, but I'm still not paying bills until I see if it is all correct on Monday. Life is so much more complicated when everything is direct deposited and done online. I almost wish we lived in MN and got 3 paychecks from the tri-parish again because they were paper checks for us to deposit at the bank!

The paycheck was actually the minor part of my day. The major part of my day was that I found out that on Tuesday the classic Snapfish site is shutting down. I spent all afternoon chatting online with a representative trying to make sure that the photos that my father-in-law uploaded for us would still be available to me after Tuesday. He had uploaded photos from 2003-2011 for us, including most of Lamb 1 and 2's baby photos. Back then we had dial-up internet so we couldn't upload photos very fast. After much panic on my part, I found out that the photos will be at the new site. I did know that my photos were at the new site, I was unsure about Ram's dad's photos. The bad news was the photo books that I created at Snapfish will not be there after Tuesday. I can't afford to order duplicate copies at this time for the Lambs, (even at their sale price) so I ordered some prints from the albums that we only had one copy. Some time I'll make them an album the old fashioned way instead of digital.  Most of the photo books I was not concerned about, but there was one that I made of our time in MN, that took me hours. I did contact Snapfish about that one and they assured me that it will transfer to the new site in 24 hours. I will check tomorrow if it transferred, but I ordered some prints of those photos just in case. Paying for prints was worth my peace of mind. Dealing with all this took a long time, but I feel much better that those old photos aren't lost with the update to a new site.

Ram did a few errands this morning and this afternoon he took the Lambs with him to shop at Costco so I could work on Snapfish. I was glad all this happened on his day off!

Hopefully tomorrow I will be back on schedule and blogging will happen next week! Have a good weekend!
Posted by Ewe at 8:28 PM No comments:

The ladies at our church exchange names for secret prayer pals. For one year we pray for our prayer pal and send cards or small gifts to them for their birthday and anniversary and other holidays. We reveal the previous year prayer pal each spring and get a new one at that time too. When we get new ones we have a short questionnaire to fill out with our birthday and anniversary and our hobbies. The first year we were here I wrote on mine that I liked tea because I figured that was an easy to get gift for me that I would use. It is so fun to do this in secret.

The second year we were here my prayer pal was a 90 year old that pulled a teacup out of her cupboard and gave it to me as a birthday present. She was slightly embarrassed that she didn't do more as my prayer pal, but I loved the old teacup.

The next year we were here my prayer pal went to a thrift store and purchased a teacup for my birthday. I also loved it. I realized when I received this second teacup that I was beginning to collect teacups from the ladies at church. I love that I will think of them when I use the teacups.

When that prayer pal was revealed last spring, she also revealed that she had cancer. I felt so humble that this woman was ill, but she found time to shop for gifts for me. Once the secret was revealed she asked about the gifts she gave me and was curious if I liked them. I sent her a few cards and prayed for her. She was receiving treatment and doing well. Everyone, including her family, was shocked when she died the week of Christmas.

I was even more shocked when after Christmas her husband brought me this set of teacups. He said that she had planned to give them to me for my anniversary which was the end of December.  I was so touched that in his time of grief, he remembered the teacups were for me. It meant so much to me that he carefully wrapped them up and delivered them.

I plan to have try on the new clothes day next week. I'm sure we now have plenty of dress shirts and dress pants in two different sizes. They just need to pick out what they want that fits and matches. I wouldn't be surprised if Lamb 2 needs a bigger size than Lamb 1. The saleslady asked me today if I had twins. I'm so glad to have this shopping completed. Also I am so glad that I didn't have to dress a daughter with this dress code. I am expected to attend and follow the dress code too, but I have modest, conservative, dress clothes that fit, I just have to go shopping in my own closet.
Posted by Ewe at 9:35 PM 2 comments:

I signed up Lamb 1 and 2 to participate in a program at the state capitol in a few weeks. Lamb 3 was not old enough to participate this year. It turned out to be much more involved than I thought it was going to be, but I am so glad that they have the chance to participate in this.

Here is what we have completed:


Here is what we still need to complete in the next couple of weeks:
I filled out the application and paid the small fee for them to participate last May. Their bills were due in October. So this has been a long process. I am looking forward to their day in a couple of weeks. I am so glad that a parent needs to attend with them so I get to see what they do. I know it was worth all the prep work to participate in this program. I also know that next year will be so much easier after participating this year. Lamb 3 will be old enough to join us too!

Lamb 1 and 2 have been hesitant to do this program because they don't know what to expect. But I know that they both will excel at this. They will love to debate their bill. They will love to be with other children their age for a day. We get to be at the beautiful state capitol building for a day.

We have worked on Stonesetters this week so we are not back to regular homeschool yet. We will be back on regular schedule next Monday. I am looking forward to getting back to a regular schedule and routine.
Posted by Ewe at 10:41 PM No comments:

I had grand plans to do more in homeschool in 2015 after 2014 was so crazy with all of Lamb 2's therapy. I was too idealistic and we didn't get as much done as I would have liked. We did well on the main subjects but not much extra. Glenda posted about memory work here several months ago. I think this is what we need, instead of trying to do some subjects so many times every week, I need to just think of what we need to do one day at a time. Here is my 2016 plan. (These are all the "extras" to our homeschool curriculum, what we listen to or recite.)

We'll see how this goes and adjust as necessary. I think it will be a great help to me to know that at the most we just have to do 8 extra subjects a day. It should also help that I don't have to prepare everything new for Mondays.

These are notes for myself so next time I host Christmas dinner, I know what I served this year.

Desserts and Snacks we ate over the holidays:

Keeping Rev. Harrison, our LCMS President, in my prayers 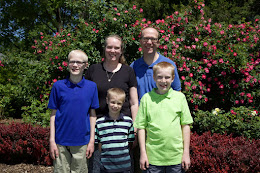 Ewe
I have been married to my beloved for 17 years. We have 3 boys. We also have 11 miscarried children in heaven. My favorite part of the day is reading to my boys. I taught at a classical Lutheran school for 6 1/2 years and now I am a homeworker. I like aprons, books, scrapbooking, and tea. 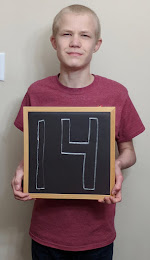 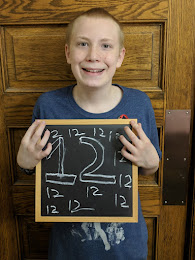